Medieval house and palazetto of Via San Martino

Medieval house and palazetto of Via San Martino 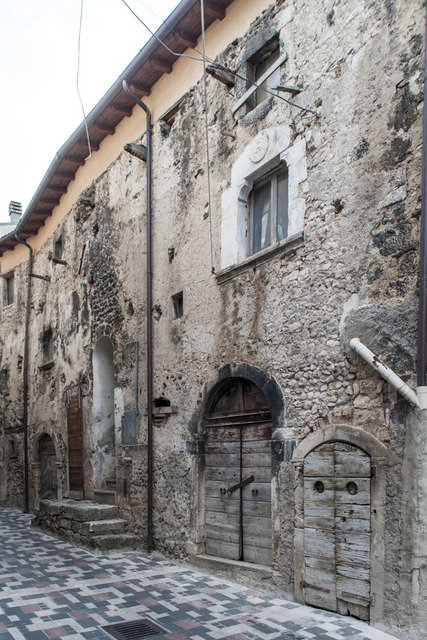 In the oldest part of the village, amongst its history consisting of streets, piazzas, houses and many small architectural jewels, built layer upon layer and by reusing the decorative material from previous buildings, stand the medieval house and the palazetto of Via San Martino, both located near the village's main square.

Adjacent to the church of San Martino is one of the oldest buildings in the village which follows the curvature of the back of the theatre with its outer walls. Although in poor condition, it still clearly shows the structural characteristics and styles of the various eras. The structure, very deteriorated by time, earthquakes and fires, has been modified several times, as we can see by observing the different architectural styles of the main parts. Many elements have also been incorporated into the walls such as large blocks of limestone used as stairs, architectural fragments and inscriptions from the Roman period and a head from late Antiquity. Also of note is the presence of a fragment of a fresco from the 14th century, divided in two by a door. All these elements combine to make the building a sort of small, permanent museum.

At the end of the road is an old building with a very special structure, the result of many different architectural styles over time. The floor plan of the building appears to be Medieval, but the series of modifications continued right up until the 17th century. Note the emblematic writing on the portal ("A LINGUA DOLOSA LIBERA ME DOMINE") and the Bernardino emblem.