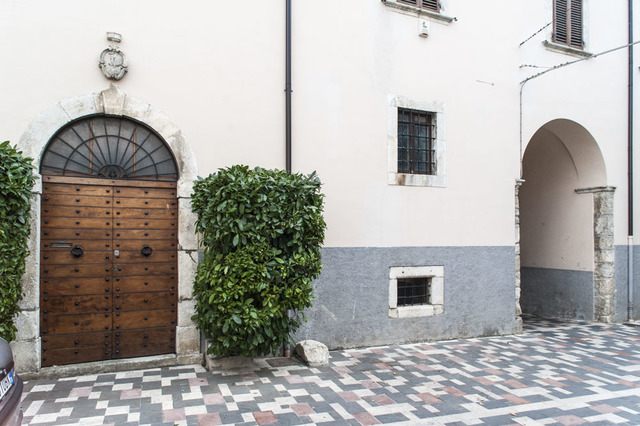 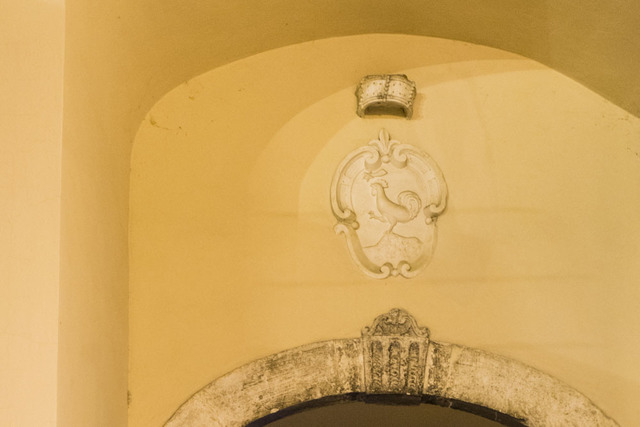 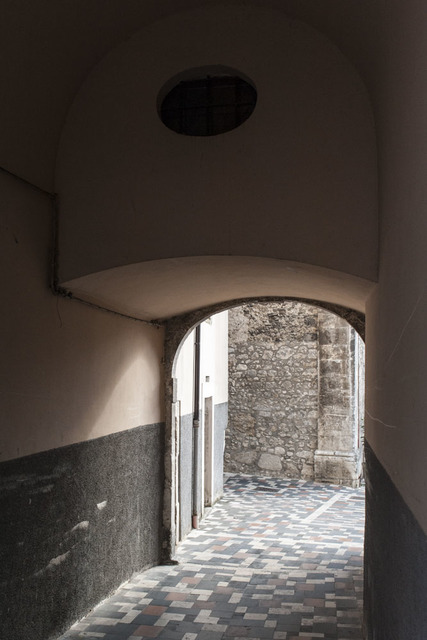 The plastered facade retains the stone, arched doorway, with ledges on piers and a  decorated key stone, above which is the emblem of the Galli family, the current owners of the building.
On the right is a vaulted walkway, which is part of the building, which has been lowered internally by the addition of a small room illuminated by an oval opening.
The simple windows with iron grilles on the lower part of the building, which relate to the service areas, sit beneath those of the upper portion, which have stone frames on moulded ledges.

The building, owned by the Galli-Zugaro family, previously belonged to the Counts De’ Petris, for whom the small square overwhich it looks is also named, and was once part of the structure. The building was in fact originally much larger and its construction was used in the northern part of the walls of the village. Its original structure dates from the 17th century, when the De' Petris family moved to Pentima (the Medieval name for Corfinio), where they lived until the early decades of the 20th century.